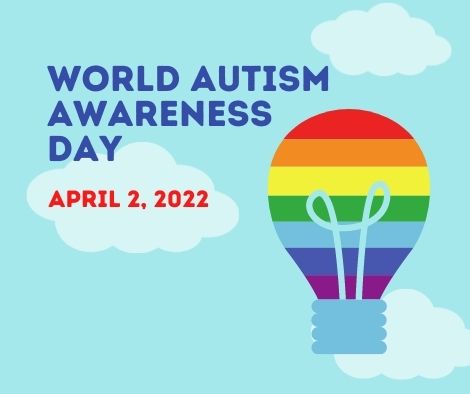 A Note From the Founder – Does Your Kid Have a Business?

I love hearing about kid entrepreneurs and know that we have several in our program. I would like to add a page in our resource section with links to websites run by members of Curiosity Untamed, Quest Clubs and Frontier Girls. If your child has an Etsy shop, podcast, youtube channel, or other online business we can support, please email me at kerry@curiosityuntamed.com with a link and a brief write-up about their business.

Here are a couple of example to get everyone started:

That’s Not Educational: Podcast hosted by 8-year-old Gloria Kell. Kidds will explore interesting and fascinating things. But, she wouldn’t dare spoil it by calling it “educational.” Available on Apple Podcasts, Spotify, Amazon Music, Audible, iHeartRadio, Podbean and http://thatsnoteducational.podbean.com. Contact Gloria at thatsnoteducational@gmail.com if you’d like to be considered as a guest on a future episode.

April is National Autism Awareness Month and World Autism Awareness Day is April 2, 2022. We have many autistic kids and adults who participate in our programs. Did you know that 2 of the three scholarships that Curiosity Untamed offers through the Frontier Girls program were named after autistic individuals? Some of our most active and supportive members are autistic. Awareness is only one step however. Acceptance of those whose minds work differently is even more important. Take the time to learn more about autism and the amazing ways autistic people’s brains work. There is a reason many of my autistic friends say that autism is their “super power.” I encourage everyone to celebrate this month by participating in Autism Acceptance Spirit Week next week. These activities were created by The Neuro Divergent Teacher.

Magnificent Mind Monday: Autism is a neurological variation which means the brains of autistic people work differently than the brains of allistic (non-autistic) people – that’s amazing! Celebrate how amazing it is that all of our minds work in different wonderful ways by wearing a fun hat and/or wild hair!

Neurodiversity Tuesday: To celebrate the beauty in the diverse spectrum of the human mind, wear rainbow and/or tie-dyed clothes today.

What’s Your Passion Wednesday: One characteristic of autism is to show incredibly focused passion for topics of interest. What are YOU passionate about? Dress to show something you love.

Sensory Friendly Friday: Autistic people often have a variety of sensory sensitivities. Dress up today in your most comfy clothes (including PJs). Use as much natural light instead of fluorescent bulbs and/or wear sunglasses.

Patriotism has always been a character trait promoted within our programs.  One of the best ways to really bring this home to your kids is to get involved with your local veterans organizations.  Whether it is a VFW post, the American Legion, or another local group, find out how your troop, club or family might be able to lend a hand.  One of the easiest, and most appreciated things you can do for these groups is to entertain them.  Have your troop/club learn a variety of patriotic songs and offer to sing at one of their functions.

Every year in our area, the local veterans sponsor an event called the Stand Down.  Veterans from all over the west are invited to the 3 day event to get free medical and dental care, free clothing, food, and other necessary items.  Many of those who attend are homeless.  My Frontier Girls troop attended the event for many years and sang as part of the entertainment.  Our tall flag team also performed.  The fact that young kids were willing to come out and say “thank you” for their service meant so much to the attendees, that many of them were in tears.

Most of America’s youth never take the time to think about what our veterans have sacrificed for our freedom.  Seeing young people actually caring, and appreciating what they have done, means a lot to our veterans.    It gives them a hope for the future and a feeling that the next generation will be better for their sacrifice.

So as you plan your spring and summer activities, make sure to add a veterans event to the mix.  Just a few ideas might include:  Singing for them, serving them dinner, cooperating in a flag retirement ceremony, laying wreaths for Memorial Day, or making thank you cards.  Use your imagination and have fun.

How To Homeschool Award

Curiosity Untamed was honored to be chosen as one of the “Best Homeschool Curriculum & Products on the Planet” by HowToHomeschool.com for Elementary School kids.

We Lost One of Our Own

Judy Shew, 54, a valued volunteer for Frontier Girls troop #576, passed away Thursday, March 10, 2022, at the Chambersburg Hospital. She was born June 5, 1967, in Chambersburg, the daughter of Verda and the late Roy Shew.

She attended Chambersburg School District and went to the Vocational Technical School for the Culinary Arts.

Judy enjoyed clipping coupons, yard sales, sitting outside, talking with people and she especially liked her Pepsi, cats, and her purple Monte Carlo.

A kind hearted person, she was a good mother to her children, grandchildren, stepchildren and a very compassionate and stout friend.

Do you have girls interested in tech and STEM activties? If so, check out the up coming online events from Tech Girlz.

Infographics: Proving Your Point with Pictures
March 8th from 4:30 pm – 6:30 pm
Persuade an audience, tell a story, and display data in a graphical way!

Designing Mobile Apps
March 12th from 10:30 am – 12:30 pm
Create and develop your own mobile app prototype!

SQL: Explore & Command Databases
March 22nd from 6:30 pm – 8:30 pm
Use the power of databases to organize and sort information like a pro!

Artificial Intelligence: How Computers Learn
March 31st from 6:30 pm – 8:30 pm
Technology is smart, but we are even smarter! See how humans help teach computers!